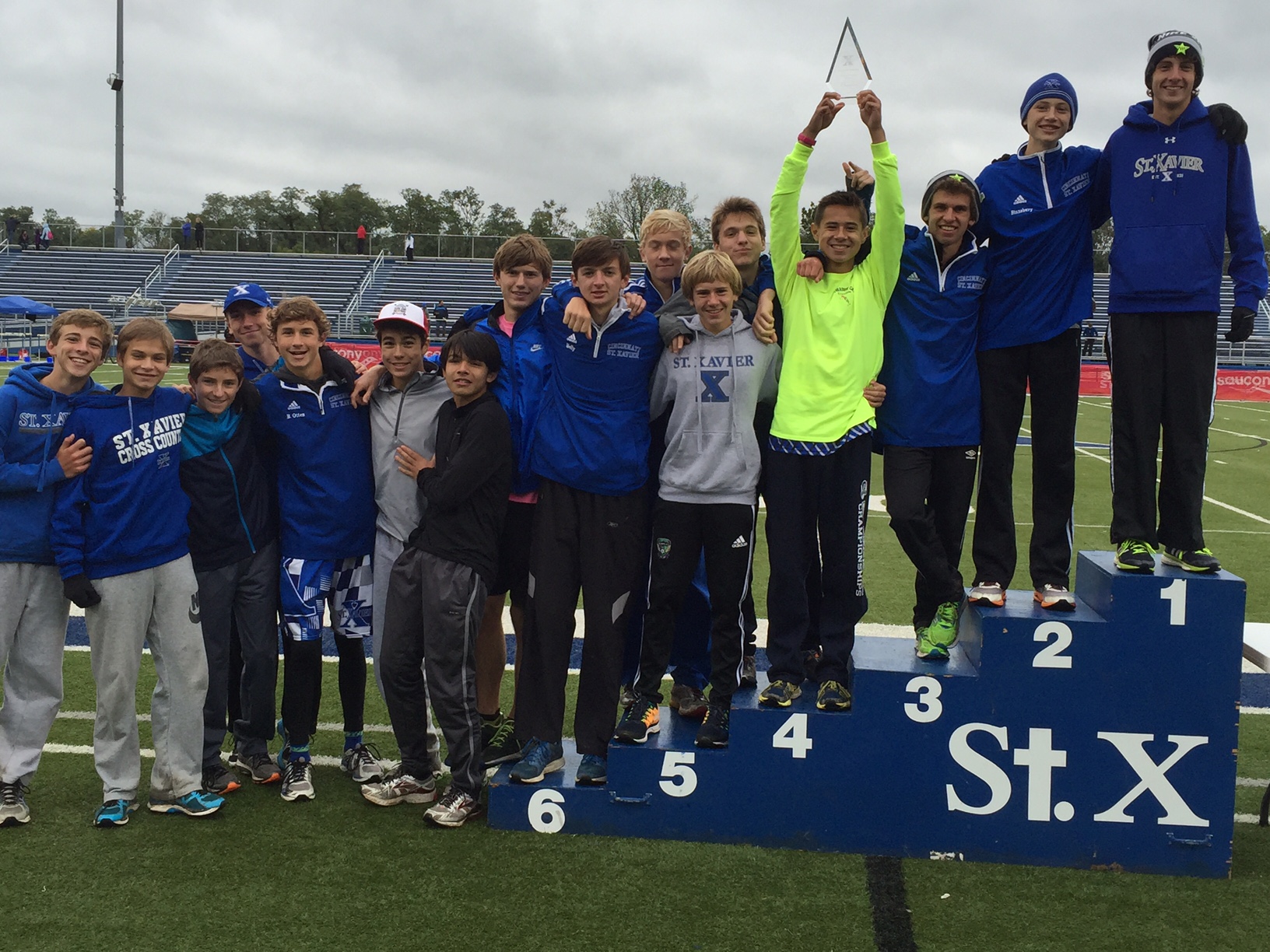 The Bombers' Cross Country program put on the 2015 edition of the St. Xavier Invitational on the campus of St. Xavier HS.  Over 3000 runners competed between an open community race that kicked the day off, grade school students, Division 1 and Division 2 high school boys and girls.  The course was very soggy and muddy due to rain but the event went well especially for the St. Xavier teams competing.

St. Xavier's top team ran in the Varsity Division 1 race and were led by senior Austin Angeline who finished in 4th place overall with a time of 16:40.70.  Angeline was followed up by sophomore teammate Jonathan Stansbury who placed 7th with a time of 16:47.64.  Other Bomber scorers included junior Chris Reischel in 8th place, junior Liam McGrath in 17th place and sophomore Peter Dauenhauer in 21st place.  St. Xavier's 57 total points was good for a 1st place finishing as they beat Mason who scored 91 points.  The Bombers continued their historical dominating performance on their home turf by taking home 1st place once again.

The Cross Country program will next run in the GCL Championships on Saturday, October 17th starting at 9:00 am at the Bruin Course in Mason, OH where each level (Freshman, JV and Varsity) will look to defend their titles from last year.